As you would expect, it’s a toilet themed restaurant. You’ll see this in the seats, plates, food, desserts and drinks. It’s probably the cleaned poop themed restaurant you’ll find…there aren’t many others.

I found one place (Art Toilet) in Da Nang, the name did not accurately describe the place. Maybe they were just referring to themselves having a toilet?

Have I made reservations here? Yes. Because I want to make sure my friends get the best experience. The best table at the modern toilet restaurant is a round booth seat decorated as a large golden toilet. There’s only of these in the restaurant so make a reservation in advance if you want the premium seat!

You’ll need to order at least one item to hang out at this poop themed restaurant. If you want to get a dessert here, be warned, the shaved ice is massive. It’s a lot for 1 person so be ready to share it.

A lot of the food is just average. I’ve been here a few times with friends and have sampled a variety of their dishes. As you can expect from a poop themed restaurant, they don’t really focus on their food…or maybe the food quality matches their theme?

The food ranges from Western to Eastern. They have beef, chicken, pasta, sandwiches, Thai curry, hot pot and other similar food. I was surprisingly pleased with their chicken.

The safest and tastiest dish here (at least for me) is the Rosemary pan-fried chicken thigh (Steak Dish section) for NT$360. It’s actually really tasty: juicy, with light crunch and seasoning. I would come back just to eat this chicken.

Food at this poop themed restaurant is served as such. As you can see from the plates, everything is toilet themed from western toilets to eastern toilets (squat).

If you order beer here, you can get your drink “upgraded” to a larger sized and it’s served in a plastic portable urinal. Don’t worry though, it’s new and hasn’t been used before…most likely.

I did upgrade my beer here once just to try it and that was a mistake. When you get the beer it’s served in a plastic “bladder” shaped urinal. I think it’s an actual medical device because it’s not a functional drink container.

When drinking from this urinal, beer easily spills out and onto your clothes. At the end of your meal, you get to keep the plastic urinal as a souvenir.

Luckily, I’m still pretty healthy and don’t need to use a portable urinal for many decades (hopefully), so I ended up throwing it away. I absolutely would not have ordered it, knowing that I would have an excessive amount of trash at the end of the meal.

If you need a plastic urinal [see on Amazon], by all means upgrade because it’s cheaper than buying online. For those of you that don’t, just order a regular beer to reduce the plastic waste.

None of the toilets in the dining area are actually functioning. Don’t be surprised when you go to the toilet restaurant in Taiwan and find out you can’t relieve yourself in your seat. Absolutely, don’t make a scene and ask for the manager to repair your toilet seat so you don’t have to get up to go to the real restroom.

I haven’t seen anyone do that, but it would be entertaining.

As for the actual restroom here, it’s exceptionally normal. After being surprised by the toilet themed restaurant, it’s weird that the restroom seems so normal. The restroom is modern though, it has a Japanese bidet seat and is pretty clean.

Overall, I’d rate this place 4/5 because it’s a unique experience with ok food. Even though the food is average, you’ll have more fun taking funny pictures and laughing. That’s definitely worth 4/5 and a visit when in Taiwan.

It’s food, but you’re not going to enjoy it

Satisfying and an adequate meal.

You will remember this meal for the rest of your life!

Not required or expected. Some restaurants may have a 10% service charge.

Each rating TAIWANEATER rating is comprised of Quality, Service and Value (in order of the rating’s most important points).

QUALITY: The [Quality] is based on how good the food tastes and the presentation.

SERVICE: The [Service] is based on the dining experience. This includes the ambiance of the restaurant and how the interactions with the staff.

VALUE: The [Value] is based on both the Quality and Service in relation to the price. Ratings for food with a low price are a little more generous than food with a high price.

Tax Is Included In The Price

All displayed prices in Taiwan are the actual price. Tax is already included and for large purchases, tourists visiting Taiwan can get a 5% Taiwan VAT refund at the airport Tax Refund counter. Some shops offer this service too, but they will require your passport.

Taiwan Is Cash Only (For Most Small Shops)

The primary payment method for all transactions in Taiwan is cash. It’s very rare for small shops to take anything other than cash. It’s more common to see places accept the Taipei Metro Card as payment rather a credit card.

Supermarkets and convenience stores in Taiwan (7-Eleven, Family Mart) do not accept credit cards (at least not American credit cards). You can only make purchases by cash or by using your pre-loaded funds on your EasyCard.

If you want to use your credit card in Taiwan, make sure to check if a restaurant in Taiwan accepts credit card in advance. When a place does accept credit card, it will typically be Visa or Mastercard. It’s extremely rare for a place to accept Discover and American Express.UberEats, HonestBee, Deliveroo and FoodPanda are Taipei Food Delivery Services where you can order food directly to your airbnb or hotel using a credit card.

You can exchange money at the airport or any bank in Taiwan. The rates vary from bank to bank and it can be a hassle to get a good rate. For additional information, check out my Exchanging Money In Taiwan Guide.

The purpose of this review is to give an honest opinion of the food you can eat in Taiwan. Many people come to Taipei to try out Taiwanese food and end up eating at low quality places meant for tourists. This is because they don’t know where the best restaurants to eat in Taipei are or because they were recommended food by a tourist rather than Taiwan Travel Blog that has researched and tried all the best Taipei eats.

TAIWANEATER is a Taipei Travel Blog bringing you honest feedback about all the Best Food to eat in Taipei, Top Restaurants in Taipei, Best Desserts in Taipei, Taiwan Night Market Guide, Best Cheap Places To Eat in Taipei and the Best Street Food In Taipei. 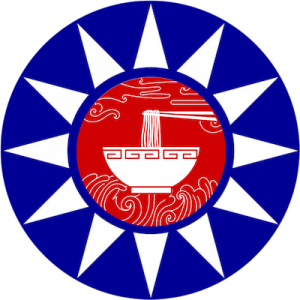